‘The Rats in the Walls’ by H.P. Lovecraft 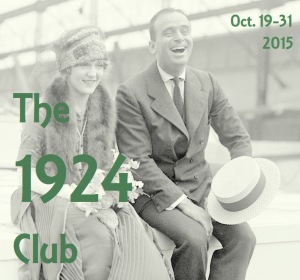 The Rats in the Walls is a short story by H.P. Lovecraft which was first published in Weird Tales in March 1924. I decided to re-read this as part of The 1924 Club‘s fortnight of blogs centred around works published in 1924. This is hosted by Stuck in a Book and Kaggsy’s Bookish Ramblings.

H.P. Lovecraft is a favourite author of mine but his overblown style and ‘cosmic horror’ subject matter is not to everyone’s taste. The Rats in the Walls, for example, clips along at a steady pace and initially seems like a pretty standard ghost story until we descend further into a more typical Lovecraftian world of cannabilistic atavism and subterranean worlds…oops, I’ve given the ending away…never mind though as the real fun with Lovecraft is reading him rather than trying to work out the ending, especially as most of his stories end with the main character descending into madness.

The story begins in July 1923. The narrator recounts how he bought, then renovated Exham Priory (possibly in Northumberland) which was an old ancestral building that had fallen into another family’s ownership after the narrator’s ancestor, Walter de la Poer, fled the building and the country to New England in the seventeenth century, following accusations that he’d murdered several members of his household.

The ancestral links go further back in time; the castle was built in 1261 on the temple’s foundations and it is claimed that the site had been used as a place of worship in the Roman period and further back possibly even to the Celtic druids. The locals look upon the narrator’s restoration of the castle with horror. Over the years there have been many horrific stories attributed to the castle:

There was, for instance, the belief that a legion of bat-winged devils kept Witches’ Sabbath each night at the priory—a legion whose sustenance might explain the disproportionate abundance of coarse, vegetables harvested in the vast gardens. And, most vivid of all, there was the dramatic epidemic of the rats—the scampering army of obscene vermin which had burst forth from the castle three months after the tragedy that doomed it to desertion—the lean, filthy, ravenous army which had swept all before it and devoured fowl, cats, dogs, hogs, sheep, and even two hapless human beings before its fury was spent.

After two years restoring the castle the narrator moves in. Within a week the cats start to act a bit strangely, staring at the walls and roving about the house. The narrator starts to have nightmares and when he wakes he can hear the sound of mice or rats scurrying about behind the walls of his room. On subsequent nights the noise intensifies and can be heard all over the house—but only the narrator can hear the noise. It appears to him that the rats are descending to unknown depths and so he investigates the cellar. He asks his friend, Norrys, to assist him and when they find a draught of air coming from the base of an altar they decide to bring in a team of archaeologists to investigate further.

If you really don’t want to find out what happens next then you may prefer to skip to the last paragraph of this post. It’s at this point that the story really becomes Lovecraftian as the team manage to tilt the altar and reveal some stone steps that are littered with human and human-like skeletons that have been gnawed by rats…and possibly gnawed by something larger. As they descend the steps and venture further they come across a large grotto with buildings and a floor that is completely covered with bones. Amongst these they find skeletons of humanlike quadrupeds that appear to have been raised like cattle for consumption, presumably by his ancestors. The narrator and Norrys become separated from the others and when the narrator hears the scurrying of the rats he panics and tries to escape.

He is later discovered crouched over the half-eaten corpse of Norrys and is subsequently shut away in a cell in an asylum. He refuses to believe that he could commit such an act and the story ends with the narrator pleading with the reader to believe him:

When I speak of poor Norrys they accuse me of a hideous thing, but they must know that I did not do it. They must know it was the rats; the slithering, scurrying rats whose scampering will never let me sleep; the daemon rats that race behind the padding in this room and beckon me down to greater horrors than I have ever known; the rats they can never hear; the rats, the rats in the walls.

I love the way this story turns from a quite ordinary ghost story into a much darker, more typically Lovecraftian story. In some ways it’s more restrained than some of his other stories as it does not involve alien beings or any creatures from his Cthulhu mythos; the horror is purely human as even the rats only appear to be in the narrator’s mind. The horror is that of slavery and cannibalism—and madness.

Other formats are available